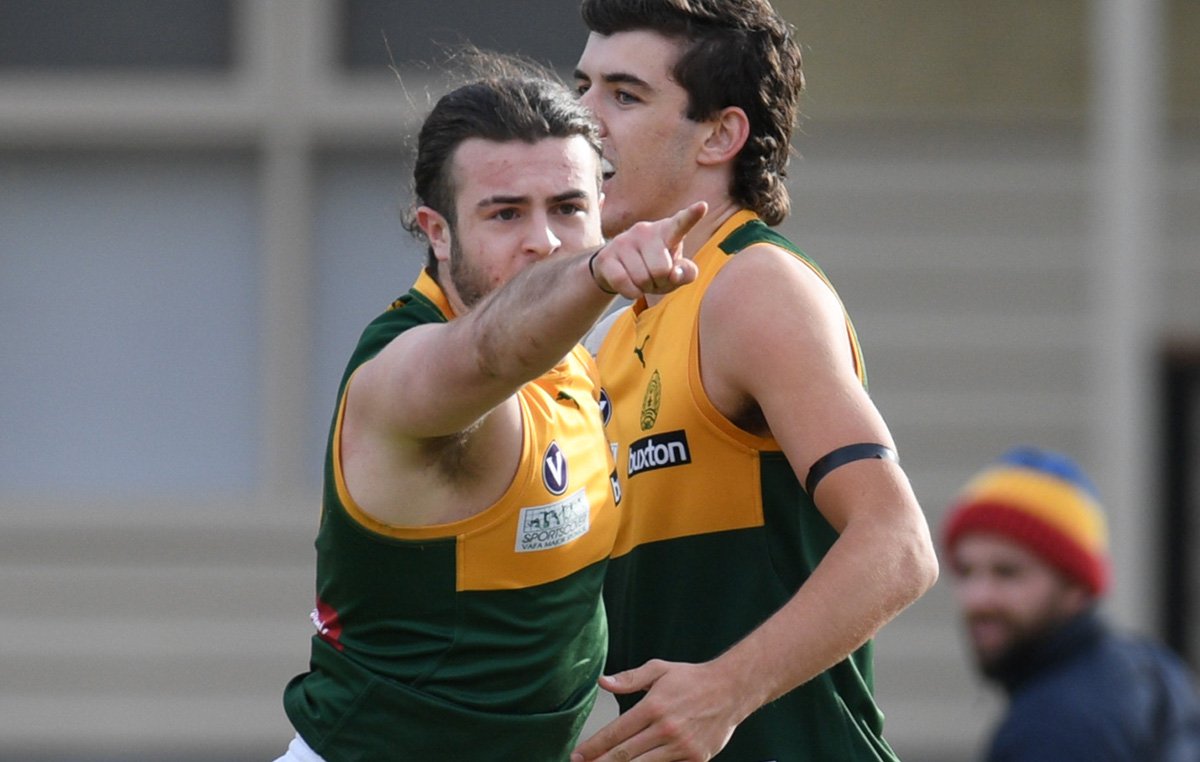 It’s make or break for the Rovers on Saturday when they face Oakleigh in the Preliminary Final at Sandringham’s Trevor Barker Oval.

It’s all to play for in this much anticipated clash with a Grand Final berth and Promotion to Premier C on offer for the winner.

The Rovers finished the home and away season as minor premiers but slipped up last week against Ormond in the second semi-final. Oakleigh have been in outstanding form of late, losing just two games since round seven – both times to Hampton Rovers. The last meeting between these teams occurred in Round 15. That day, the Rovers jumped the Krushers early, then held sway for a reasonably comfortable victory despite Oakleigh finishing strong.

The six players who came into the side last week for the Rovers will be better for the run. Three changes have been made to the side and after finishing strong last week in the final quarter, the boys will be keen to continue that form into Saturday and play the football they’re capable of as shown throughout the 2018 season. No doubt the key for the opposition is Aaron Cloke, who has kicked 110 goals for the season, and will need to be held in check.

It’s a huge game for the club with a lot riding on the result and we urge all supporters to get along to Trevor Barker Oval on Saturday in green & gold to show your support for the Rovers. The Seniors commence at 2:00pm.

The Reserves are also playing for a Grand Final spot and they take on West Brunswick starting at 11:40am. After going down to the form side Ormond by 15 points last week, the Rovers will be keen to atone for that loss and get a win to advance. There isn’t much between the two sides with the ledger all-square at one win each in their two meetings during the home and away season.

Be there early on Saturday to support both teams. Entry to the ground is $10 for adults, $5 for concession & children under 12 free. Please note: Strictly no dogs allowed inside finals venues.

Following the game, all supporters are welcome back to Boss James Reserve where the bar will be open.