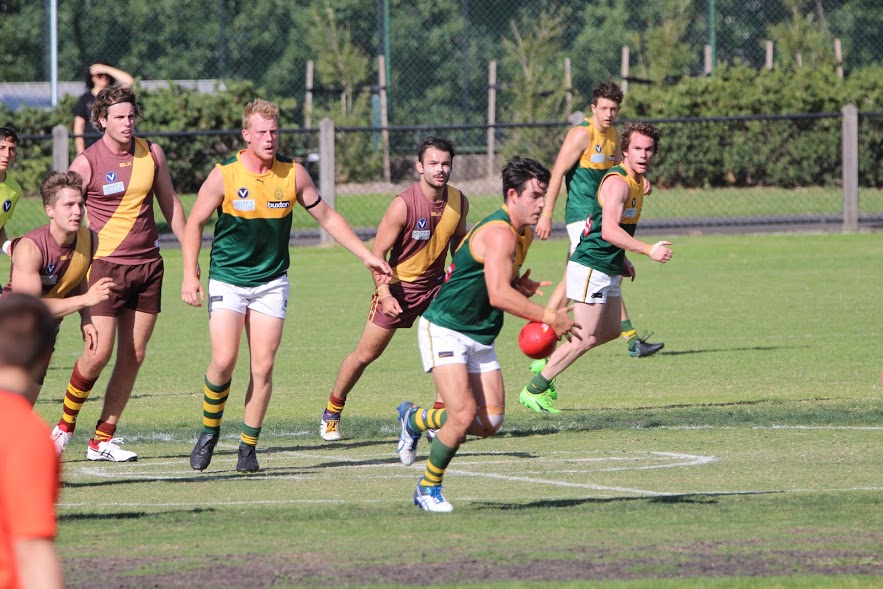 All teams are back in action following the bye weekend and the Seniors take on Kew at Victoria Park in Kew.

At the mid-way point of the 2018 season, the Rovers sit on top of the ladder, equal with Ormond following the round eight draw, while Kew are eighth. When the two sides last met in round one, it was the Rovers running out 61-point victors.

A few key inclusions to the Rovers side and great to also see a few players make their senior debut.

Get along and cheer on the boys – 2pm start for the Seniors while the undefeated Ressies kick-off at 11:40am.

Both Hampton Rovers teams will be wearing special Fight MND socks on Saturday as part of SockIt2MND Round with the club donating over $650 to this great cause.

First up on Saturday, the second-placed Thirds take on top-side Monash Blues at Frearson Oval at Monash University Clayton commencing at 9am. Promises to be a great game between the top two sides and the Rovers will be keen to get the win!

At Boss James Reserve, the Senior Women host top side Old Scotch at 10:30am followed by the Under 19s v Monash Blues at 2:00pm.