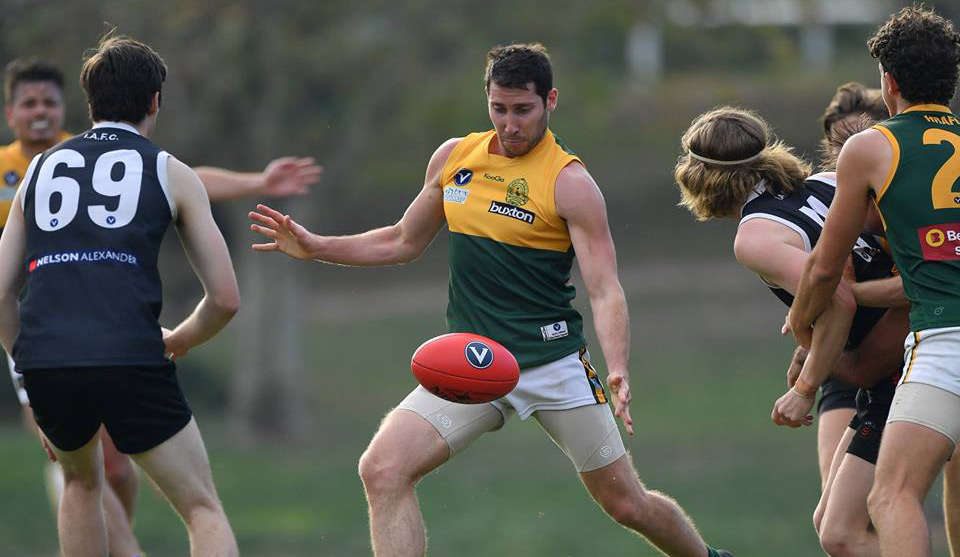 Hampton Rovers make the short trip to WA Scammell Reserve on Saturday to face Oakleigh Krushers in round seven of the 2018 VAFA season.

The two sides haven’t met since 2014 and seven rounds in, the Rovers currently sit on top of the ladder undefeated, while Oakleigh have fallen to seventh after a good start to the season. They are always a tough side to beat at their home, especially with Aaron Cloke who leads the competition goal kicking with 34 majors.

After a tough game last Saturday, the Rovers have a few changes to the lineup. Good to see a few players making their return and also great to see Tim and Campbell Jones in the Seniors together for the first time.

The Reserves will also be looking to maintain their unbeaten status in the early game. Great to have Charlie Miles back in down after a couple of years abroad. The early game kicks-off at 11:40pm with the Seniors at 2:00pm. Get along to support the Rovers!

Later in the day, the Senior Women take on Old Brighton at Brighton Beach Oval, with a 4:45pm start following their senior home game. Old Brighton have insisted that the Browne Family Cup, which is currently held by the Rovers after defeating Old Brighton in Premier B in 2016 when the teams last met, will be contested by the Women’s teams on Saturday. Plenty to play for so head down following the Seniors match to cheer on the girls!

At Boss James Reserve, it’s a double-header with the Thirds taking on Chadstone at 11:40am. Plenty of selection headaches for coach Andrew McGregor – some 14 players on the bench as of Thursday night! At 2pm, the Under 19s take on arch rivals Ormond. Both teams are close on the ladder and it’s a must-win game for the Rovers.