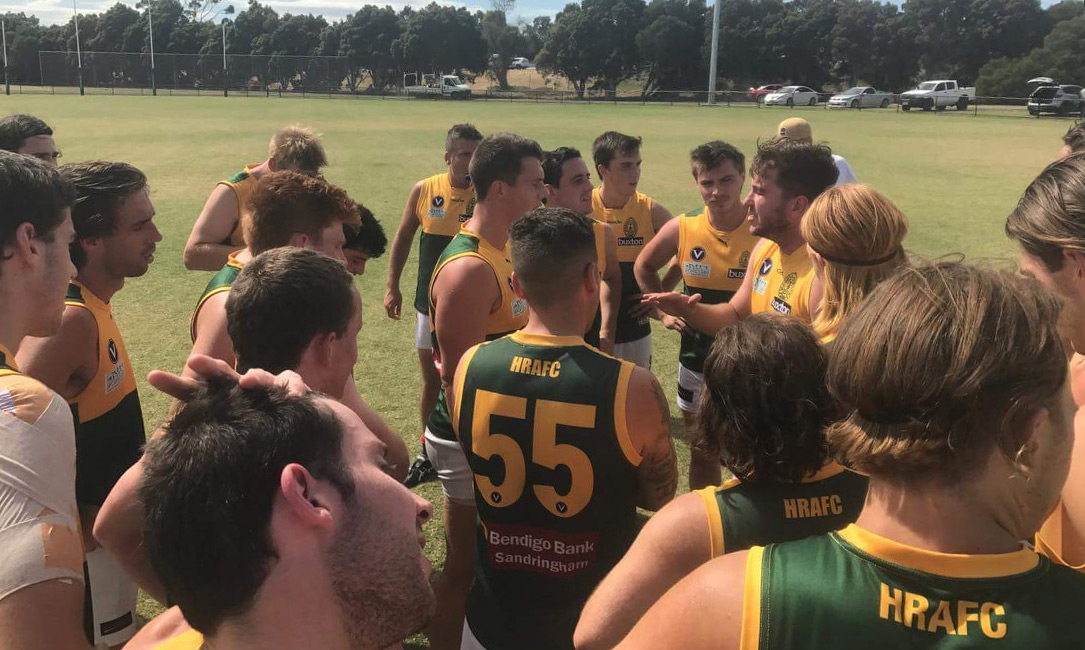 With a large number of familiar faces missing for the first practice game of 2018, the young group battled hard in blustery conditions against the reigning premiers, which featured ex-AFL star Russell Robertson.

Slick ball movement was a feature of the Rovers play throughout the day.

Ben Treager-Haig dominated across half back, while Ryan Fogarty and Shem Curry put their bodies on the line in the middle, allowing for a dominant performance.

Michael “Chief” Fletcher made his return to the senior side and along with Speedy McPherson, created numerous opportunities up forward with height and speed.

The Rovers held their opposition scoreless in the first term and if not for inaccurate kicking, could have taken complete control early on. From there, the boys held their nerve and played mature football to record a comfortable victory.

Coach Anthony Quon was happy with his side’s performance,

“I was really pleased with the way we used the ball and looked to implement the things we’d trained. Given the faces we had out, it was pleasing to see some new and younger faces put their hand up for spot in round one.”

Earlier, the Under 19s came up against Williamstown CYMS at the same venue, and while Lou Folino’s side played some good footy in their first run, went down by 35 points.

The Senior Women’s team had their first game under new coach Paul Curry, in an early start at Albert Park against Collegians. Plenty if positives from the game, but the home side proved too strong in the end, getting up by nine points, winning 30-21.

This Saturday, the Senior sides face Mordialloc at Ben Kavanagh Reserve in Mordialloc – full details to be announced later in the week. The Women are in action on Thursday, against Old Mentonians at Le Page Park Oval, commencing at 6:30pm.

On Sunday, the 2018 Hampton Rovers Season Launch will be held from 3pm at Hotel Brighton. The event is FREE for all players who’ve paid their 2018 subs and club members, otherwise tickets are available at $15 each, which includes finger food with drinks available at bar prices. Details & tickets here. We look forward to seeing all players and supporters there!