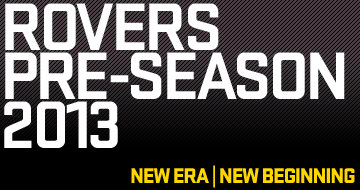 The 2013 Hampton Rovers Pre-Season campaign got underway on Monday evening with an excellent turnout and plenty of excitement amongst the playing group. Training continues each Monday and Wednesday in the lead-up to Christmas.

Numbers for the first-up session were in the mid-40s including a number of returning and new players to the club.

The enthusiasm was evident amongst the group, led by the new coaching panel  Guy Martyn, Owen Lalor and Steve Kennedy.

With a number of players already committing to returning to the Rovers in 2013, its shaping up as being an exciting year for the club. All new and returning players are welcome along to training. As well as senior and U19s, we also welcome U17s and U16s along. The club once again plans to field a Thirds/Club XVIII team in 2013 after a year off, bringing the total number of senior teams back up to four.

Training continues each Monday and Wednesday in the lead-up to Christmas. Meet 6pm at Boss James Reserve.