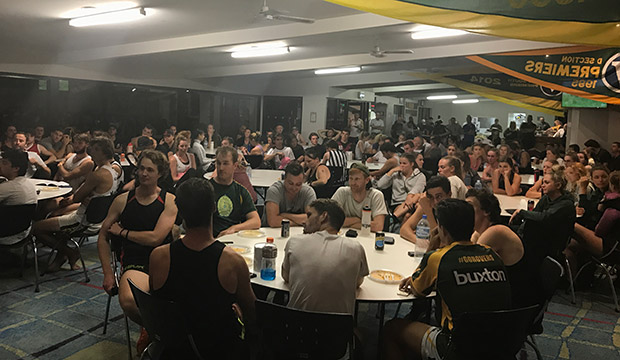 From the Melbourne Weekly Bayside
By DANIEL PAPROTH

VAFA club Hampton Rovers is looking for a new senior coach after Russell Barnes resigned following the final game of the season.

The 188-point loss to Fitzroy on Saturday ended a season in which Hampton lost all 18 games in Premier C. The club will be demoted to Division 1, along with Monash Blues.

It has been a shocking two years for Hampton, which was demoted from Premier B in 2011 after finishing last with two wins and a draw.

"In a difficult period his coaching has been nothing short of magnificent, particularly in terms of developing young players," he said. "We are indebted to him."

The Rovers have lost a significant number of players over the past two years, mostly to country football clubs who have the money to splash around; VAFA rules stipulate that players can’t be paid.

"Russell has done a better job than anyone else could have,"

Westhead said. "If you don’t have the personnel, it wouldn’t matter if you had Mick Malthouse or Leigh Matthews out there coaching."

Westhead expects the club to bounce back quickly.

"We are very, very confident," he said.

"We’ve had a terrible year on the field but 19 out of 20 things at the club are a tick.

"Every aspect of this club is going well except for on-field."