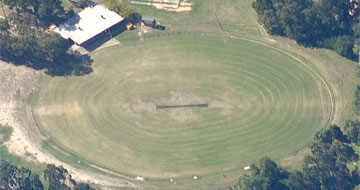 Hampton Rovers travel to Heidelberg on Saturday to take on Banyule in Round 3 of the VAFA while the Under 19s travel the same distance but in the opposite direction, taking on Peninsula Old Boys at Mornington.

The Seniors have a few players coming into the side for the clash against the fourth-placed Banyule side and will be looking to put in an improved performance from the first two rounds of the season. This is the third consecutive away game for the Rovers before next weeks opening home game of the season at the re-surfaced Boss James Reserve.

The game will be played at R.J. Brockwell Oval, located off Beverley Road in Heidelberg. Melways map reference 32 D3. View map. Make sure you look at a map before heading to the ground as it can be a tricky one to find. Seniors get underway at 2:00pm with the Reserves at 11:40am. Get along and show your support!

The Under 19s take on Peninsula Old Boys. Please note the game will not be played at the Peninsula School but instead will be played nearby at Narambi Reserve, on Narambi Road in Mornington. Melways reference: J1 145. View map. The game commences at 2:00pm.

As always the club will be open after the matches so everyone is welcome to head back to Boss James Reserve for a drink.