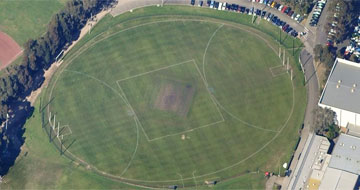 The Hampton Rovers travel to Monash University on Saturday to take on the Blues in Round 2 of the VAFA. The side includes seven changes from the Round 1 side that lost to Rupertswood.

The Rovers will be looking for a much improved performance in the second round of the season against Monash who last week lost to Banyule. Its the second of three consequtive home games for the Rovers before they return home to the re-surfaced Boss James Reserve. All supporters are encouraged to make the trip to Clayton to get behind the boys as they look to notch up their first victory of the season.

The Seniors commence at 2:00pm with the Reserves at 11:40am. Frearson Oval is the first oval on the right when you enter Monash University Clayton campus from Wellington Road. View map.

The Under 19s, boosted by the merger with the Rovers U17s this week, take on De La Salle at Waverley Park (Cnr Waverley & Malvern Roads, East Malvern) commencing at 11:40am. View map. The Rovers put in a good effort last week going down to Beaumaris by 17 points, finishing the game a few players short. If youre able to assist the team in way of team manager, goal umpire, running water etc, please contact coach Jay Watts on 0433 101 973.

Following Saturdays games, ALL players, family and supporters are welcome back to Boss James Reserve where the Bar will be open. Go Rovers!