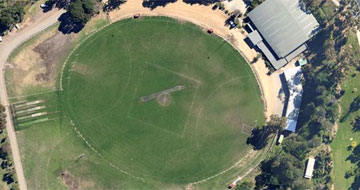 Hampton Rovers open the 2012 VAFA season on Saturday with an away trip to Sunbury to take on Rupertswood while the Under 19s take on Beaumaris at Banksia Reserve.

The round one teams were announced Thursday evening at Jumper Presentation Night and the Senior side includes 9 players making their Hampton Rovers senior debut while 12 players are aged 21 or younger. It certainly is a youthful side, but a side that is capable of playing good competitive football. Leigh Fletcher will lead the Rovers in 2012 with Ed Turner vice-captain.

The Rovers play their opening three home games of the season away due to the resurfacing of Boss James Reserve and the trip to Sunbury is the longest of the season. All supporters are encouraged to get along and support the Rovers this Saturday. The Seniors commence at 2:00pm with the Reserves at 11:40am. Ben Kezilas has been announced as captain of the Reserves in 2012 with Liam Woodland vice-captain.

Rupertswoods ground is located at Salesian College on Macedon Street in Sunbury. Head towards Melbourne Airport on the Tullamarine Fwy, continue past the Airport on Sunbury Rd until to reach Sunbury. At the roundabout (corner Sunbury Rd & Evans St) turn right into Rupertswood Mansion and the ground is located up on the right. View on Google maps: http://g.co/maps/7jpur or Melways: 382 F2.

The Under 19s under new coach Jay Watts open their season much closer to home, taking on Beaumaris at Banksia Reserve, commencing at 11:40am. Numbers have improved significantly on the players front however Jay would appreciate any help he can get so if youre able to assist as a team manager, runner or carrying water, please contact Jay on 0433 101 973. The U19s have 21 players available this week which is a great effort and the boys are raring to go.

Following Saturdays games, ALL players, family and supporters are welcome back to Boss James Reserve where the Bar will be open, pizzas to eat, and footy on the TV. Lets have a positive start to the 2012 season. Go Rovers!