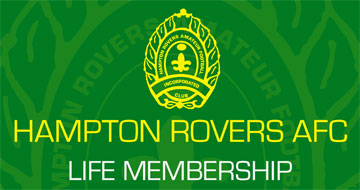 Both David and Cath have put in so much to the club and are well deserved recipients of the highest honour at the club.

The Anderson name is renowned with the Hampton Rovers Football Club, dating back to when the club was born. Davids involvement at the club began years before he played his first game at the club, which was in 1987. He has played over 300 games for the club including 113 junior games and 205 in the VAFA. David played many times above his age group and played his first open-age game when he was still well and truly a junior.  He continues to play for the club when he can, pulling on the boots in the Thirds. As well as playing, he has performed numerous tasks around the club including coaching in the juniors, running water, helping on the sidelines and so much more. Hes been a sponsor of the club and continues to assist the club through his rubbish removal company. Last year he volunteered to help further by stepping in as bar manager. There arent many around who bleed green & gold more than David Anderson.

Cath Campion has been a tireless worker and solid contributor for the Hampton Rovers Football Club over the past decade. She began her involvement at the club in 2000 as Auskick coordinator with her husband Michael for three years, before becoming Team Manager in 2004 for her son Jacks team from U9s onwards for eight seasons straight and also Team Manager for her younger son Harrys team in 2009 & 2010. Cath has probably been most well known for her outstanding job as canteen manager between 2004 & 2011  managing both canteens at Boss James and Castlefield Reserve. She was also Senior Treasurer in 2009 and has served on the junior committee as Team Manager Coordinator in 2010 & 2011.

Congratulations to both David and Cath on an outstanding achievement.