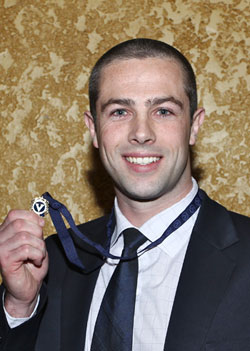 Fletcher was runner-up in the 2009 B Section best & fairest and was fourth in C Section in 2008. Leigh has enjoyed another great season with the Rovers and continues to be a consistent performer for the team. In this years count, he finished on 18 votes, two ahead of joint runner-ups Tony Brown from Old Haileybury and Julian Rowe from Old Carey.

The 2010 Hampton Rovers Presentation Night will be held this Saturday night at the Sandringham Football Club. Last minute bookings are now being taken. Click Here for details.