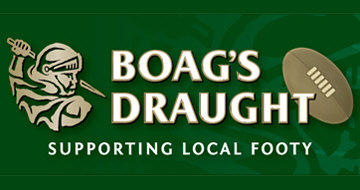 Hampton Rovers AFC is pleased to announce an exciting new sponsorship agreement with Boags Draught in a non-exclusive deal that sees it become the official beer of the Rovers.

The Hampton Rovers Football Club will now sell a range of Boags beer at our fully licensed Bar at Boss James Reserve including Boags Draught, Boags Premium Light, Boags Classic Blonde and other Lion Nathan premium beers including Heineken and Becks. Boags Draught will also be available on tap at the club. The Rovers will continue to sell other popular beers but will predominantly promote Boags.

With just over three weeks until the new season commences, its not too late to become a sponsor of the Hampton Rovers AFC in 2010. It promises to be an exciting year for the club and theres no better time than now to jump on board. Please visit the Sponsorship page for more information.


The Hampton Rovers AFC Bar only serves customers 18 years and over and promotes responsible drinking.