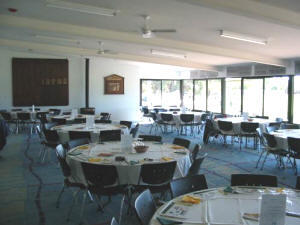 Boss James Reserve will play host to one of its biggest home games in years when Hampton Rovers host Ormond this Saturday 10th May as part of VAFA Rivalry Round. NOTE: The Pre-Game Luncheon, featuring David Parkin & Ross Smith, is now SOLD-OUT with all 150 seats booked.

As part of the 150th Year of Australian Football celebrations, the weekend of May 10th has been nominated as ?Community Football Weekend? by the AFL. No AFL games will be played and all football supporters are being encouraged to get down to their local club. The VAFA has also nominated the weekend as ?VAFA Rivalry Round?.

Hampton Rovers will face long-time rivals Ormond in whats shaping up to be a huge day. The Rovers and Ormond are two of the oldest & proudest district clubs in the VAFA with a rivalry dating back many years, peaking in 1951 when Hampton won the VAFA ‘A’ Section Premiership with a 5 point win over Ormond.

Many festivities are planned for the big day and it will all kick-off with the Pre-Game Luncheon. AFL legend David Parkin, Rovers own Brownlow Medalist Ross Smith, and Collingwood coach Mick Malthouse have all been confirmed as guest speakers. The luncheon costs $25.00 and includes a great meal and one complementary drink with the Bar open until 1:50pm. 12pm for a 12:15pm start. All 140 seats have now been sold and no further spots will become available as the room has reached capcity.

AFL players Will Thursfield and Nathan Carroll will both be in attendance on the day as well as a number of guests from the VAFA. Hampton Rovers Auskick participants will provide half time entertainment, while many junior players will also be in attendance. All is shaping up to be one of the biggest home games ever at Boss James and a big crowd is expected – make you you’re there!

The big day will conclude with the 1998 Premiership 10 Year Reunion Dinner, for details click here.