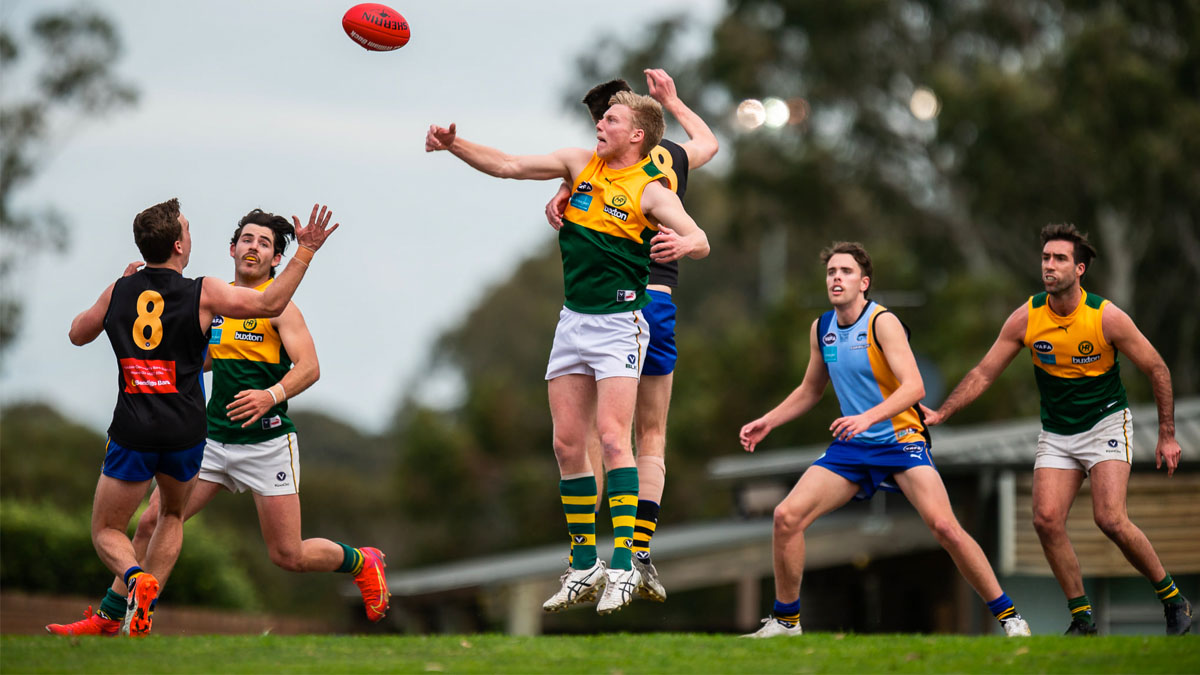 The Hampton Rovers start the second half of the Premier C season with a short away trip to Keysborough to face Old Mentonians, while on Sunday, the U19s are in action at Elsternwick Park for the VAFA Footy Festival, before the $2K Day function.

The Seniors are on top of the ladder at the mid-way point of the 22-round season after defeating Parkdale Vultures by five points last Saturday at the Boss, and take on another local team this week, who are always a tricky proposition on their home deck. The Rovers have three changes and will be looking to return to their early season form.

The Reserves kick-off proceedings at 11:40am, followed by the Senior Men’s game at 2:00pm.

It’s a double-header at Boss James Reserve, with the top of the table Senior Women hosting Whitefriars at 9:20am. Following this is the Men’s Thirds at 11:40am, taking on Mazenod. After being forced to forfeit last weekend (one of three games in the same section), the club is working hard to ensure we field a team, so if you’re aware of anyone who is keen to have a run, or able to assist by way of field, boundary or goal umpire, please reach out to Andrew McGregor on 0404 094 367.

On Sunday, the Rovers are participating in the 2022 VAFA Holmesglen Under 19 Footy Festival, which this year features all eight division one teams. The Rovers U19s take on Old Haileybury on the main oval at 11:40am. Get along to show your support as the boys are on the big stage – or tune into the live stream on the VAFA website/Facebook.

Then from 1pm the club on Sunday, it’s the Rovers $2K Day – our major fundraiser of the year. Get your tickets for $50 and come along for what promises to be a great day! Even if you can’t get along, please buy a ticket to support the club and go into the running to win the major prize.