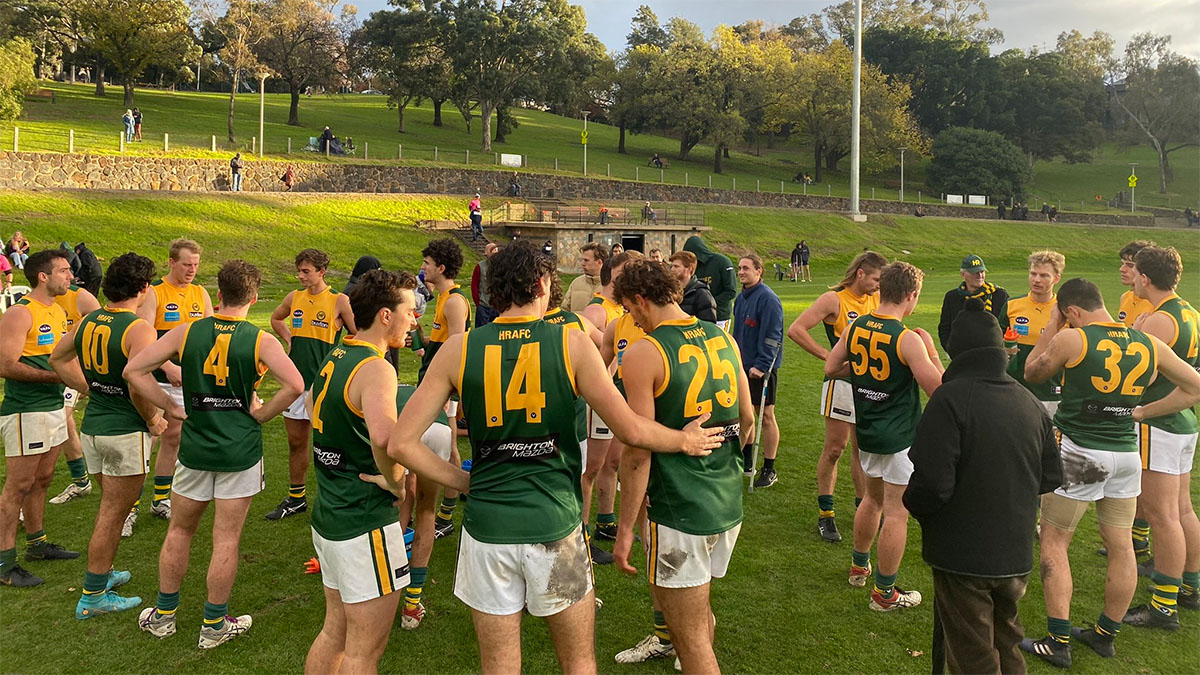 The Hampton Rovers Senior Men have walked away without the four points for the first time this season, going down to Old Geelong by 22 points at Como Park.

The home side were in high spirits, playing their first game of the year at Como Park, following its re-surfacing. Much of the game was an arm wrestle on what was a heavy track, played in cold and blustery conditions.

After an even first term in which the Rovers took a three-point lead to the quarter time, Old Geelong showed their strength in the second stanza, kicking five goals to one, in what proved to be the difference in the end.

The Rovers had four players each kick two goals – Benji, Speedy McPherson, Cam Morris and Danny Corp – back in for his first game. Ant Folino was named best for the Rovers, who remain in top spot despite the loss.

Next up, the Rovers take on arch rivals Ormond under lights at EE Gunn Reserve on Friday night. The spotlight will be on Premier C, with all other sections having a week off for the Queen’s Birthday long weekend. Friday night’s game will also be live streamed on VAFATV.

Old Geelong were far too strong for the Rovers in the Reserves game, while the Senior Women recorded a big win over La Trobe Uni. The Under 19’s fell just short against St Bedes Mentone, going down by 2 points in their Division 1 clash at Boss James Reserve. And at Ransford Oval, an undermanned Thirds battled hard, but went down 37-93.