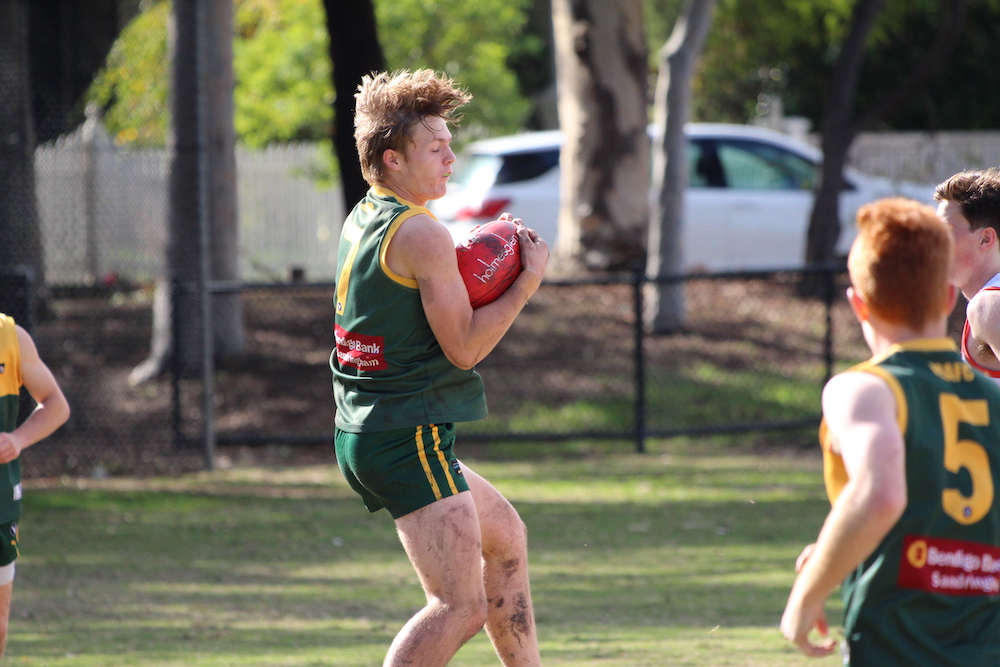 Round 6 saw the Rovers Under 19s finally on home turf, Boss James Reserve, on a fresh and frosty Autumn morning against 2nd placed Glen Eira who showed up early, ready to play.

After a solid opening to the season, this would be a genuine test for the U19’s, particularly with several of the list out with either injury or NAB League games. A very dewy ground would certainly require clean ball use.

Glen Eira burst out of the blocks with 3 very quick goals in the opening 5 minutes, leaving our lads literally scratching their heads and some work clearly ahead of them. Thankfully those were the only goals for the opposition and our lads steadied the ship a little to be only 8 points shy at the first change, with goals to Cam Morris and a fabulous 3rd effort and running goal from the pocket by Tom Marron.

Dillon Melnjak added a goal in the second quarter, in a game that was shaping up as a low-scoring tussle where goals were very hard to find. Tanner Ellis was providing strong tackling pressure through the middle, often against far bigger opponents, truly a solid effort from Tanner all game.

Third quarter saw us peg Glen Eira back to be just a few points shy by the break with Goals to Cam Morris and Max Coughlin closing the margin. Cooper Watson was excellent in defence (yet again), as was Max Van der Sraaten, (in his first season mind you!!), well done Max and great to have you playing Rovers footy!

In such a scrappy affair, 4 goals was too much to overcome by simply kicking ‘down the line’ on tired legs. Honourable mentions must go to Jacob Gray who was solid all day, Matt Spaziani’s 2nd and 3rd efforts were excellent. Tom Marron provided excellent run out wide on the wing and Liam O’Driscoll using his height and solid marking to good effect. B.O.G went to a deserving Tanner Ellis for a solid 4 quarter effort.

In the end, a 28 point loss, essentially in the final quarter against a more disciplined and harder-working side. A lesson in work-rate and the dangers of complacency. While no doubt disappointing for the lads, they will be a better team over the rest of the season with a lesson in what’s required if they want to play Finals football.

The Rovers are back at the Boss against Old Xavierians this Saturday at 2pm, so let’s all get to training early this week lads, to focus on the coming game and get back to playing our brand of football.

A big thanks to our volunteer helpers as well, Timekeeper – Colin Gray, Interchange steward – Jason Cave, Oranges & Lollies were provided by the Ellis Family this week and Lenny who ran water for us again.