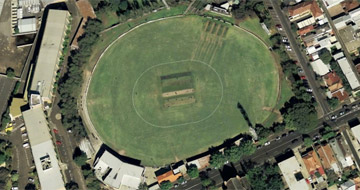 Hampton Rovers travel to Toorak Park on Saturday to take on Prahran Assumption in round two of the 2013 VAFA season. Meanwhile the Thirds and Under 19s play their first home games of the season at Boss James Reserve.

The Rovers will be looking to get another four points on the board following their positive start to the season last week with a 23-point victory over Ormond. Senior coach Guy Martyn was happy with the performance and has made just the one forced change, with Jason Zampaglione coming in for Anton Duddy who is unavailable this week.

The Rovers last visited the former VFA ground in 2007, with Zampaglione kicking six that day in the Rovers 14 point win. Since then, Prahran has merged with Assumption and they recorded a good win over Melbourne High last week. It promises to be a great contest and all supporters are encouraged to get along and show their support.

Toorak Park is located on Orrong Rd, near the corner of High St, in Armadale (view map). Parking can be difficult so give yourself plenty of time.

The Reserves commence at 11:40am with the Seniors at 2:00pm. Live Scores will be available on the Hampton Rovers website and mobile site with scores and additional updates on our Twitter account: @HRAFC

If you cant make it to Toorak Park, then head along to Boss James Reserve where theres also a double-header on. First up is the Thirds, coming off a big win last week, taking on Emmaus St Leos at 11:40am, followed by the Under 19s vs Ormond at 2:00pm.